Want to Celebrate the Apocalypse in style?

One Day Only SALE!

Beauty and the Beast is ONLY 99 cents on kindle today!
Along with some other amazing authors!
Friday 21, 2012!

There's also a TON of AWESOME prizes to collect, so come on over and join the fun! :)

Want to win your own autographed print copy?  Share this blog and tell me down below!  (Or share my facebook banner letting everyone know Beauty and the Beast is on sale TODAY ONLY!) 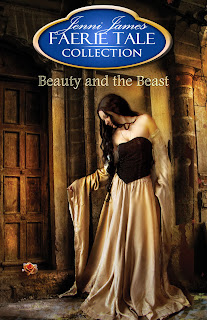 A prince by day and a wolf by night—
Prince Alexander has been turned into a werewolf and has one year to find someone to love the beast and break the spell, or he will be a wolf forever. He has nearly given up achieving the impossible, knowing no girl would ever fall in love with such a monster.
Just when he is about to abdicate the throne to his cousin, he meets Cecelia Hammerstein-Smythe, while a wolf, and begins to hope for the first time in months. Can he balance both worlds as a human and beast, gaining the love and trust of a girl who has every reason to despise him?
Cecelia detests the prince. She only knows Alexander as the arrogant monarch—the tyrant who has made her life miserable—though perhaps he's changed right before her eyes. He's not as full of himself as he once was. The prince is gentle now... but then again, so is the beast.