A Lesson in Prayer 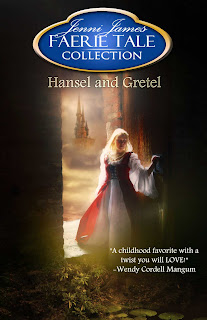 I had decided to do a lesson on prayer for the kids yesterday for Family Home Evening.  (A time we set aside once a week to discuss gospel principals or have a fun family activity like picnic, go to the movies, etc.) This week I wanted to focus on prayer--since it is a huge part of my life, I wanted an opportunity to reinforce it in the kids life as well.

I had come up with some great scripture stories to share, etc.  But then yesterday while sitting down to type the first chapter of Snow White, I did what I always do before I begin typing.

I folded my arms and prayed to God to give me the words he would have me write.  And then I began typing as the words flew to my mind.

It turned out to be an incredible lesson for my kids, one that hit home especially well.  So many people think I am a very good author--I am not.  I am a good listener.  I can hear God speak and I type what he says.  He writes these books.  I don't.  Yesterday, I got to prove to my children how truly real this is.  I do not write these books.

As I began to type out Snow White, it was about halfway through the first chapter, that the name Hansel popped up, which I found odd... actually, the whole beginning of the story did not seem to fit into Snow White at all, but I trusted the lord and so continued to type.  By the end, it was definitely confirmed I was writing out the book I had hoped to write next--Hansel and Gretel and not Snow White at all.

God was definitely sneaky.  When I read the first chapter of "Snow White" that I had written earlier out loud to the kids... I did not tell them what had happened, I wanted them to experience it as I had.  And so by the time I was done the kids were giggling like crazy, but all amazed.  Asking me why I would write that story instead.

It was then that I asked, "Now do you see that it is Heavenly Father writing these stories for me?  If I was truly writing Snow White, don't you think I would have written a story more like Snow White and less like this one?"

Their jaws dropped and then hands and mouths and smiles everywhere asked how to do it themselves. How to have God help them in their lives too. Sometimes, it takes an eyeopening experience and a funny miracle to finally hit home.  I am so glad it happened to me, right before I was to teach my children the importance of prayer.

Thank you, God.  You make being a mom so much easier!  I love you.

P.S.
If you're curious... here is the rough draft of the first chapter of Hansel and Gretel I wrote yesterday: