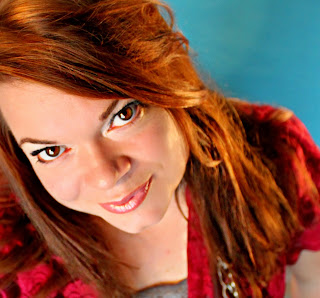 Hello. I have a story to share, so bear with me while I get it out.  It will hurt, but it needs to be said, so it is time I said it:

FLASHBACK:
June 2012-
I left my husband of nearly 17yrs. If that wasn't horrific enough, I was a single mom of seven.  I'd been a homemaker my whole marriage.  I got married at 18 (yes, I know, I know...) the kids came swiftly after that. I had my oldest at 19yrs old. Six different types of birth control brought me my seven miracles.
I stayed home and used to joke to people that wanted to hire me to work for them that they couldn't afford my daycare.  I directed theater in the summers and painted portraits to help make ends meet during the school year...

Oh, and I had a couple of books published, but hadn't seen a dime in royalties yet.

In other words, when I left I had NOTHING.  Nada.  Zilch.

And I was scared.  But there was no other choice.  None.

With seven kids and one trailer full of stuff, I moved home.  After 17 years of having my own home.  My own couches, pictures on the wall, my own Christmas tree... I'll admit it was a shock to move back into the bedroom I had when I was a kid.  But it was home.  And it was a safe place for the kids.  So we did it.

I sold my wedding ring to pay for the lawyer.  And then applied for my first credit card and went shopping/in debt with it for nice business clothes to do public events in.

My books were just starting to take off and as everyone knows--you have to look successful to be successful.  I was asked to speak at schools and do assemblies and then sign books afterward.

When the divorce was final, it was ruled I would be getting $1100 a month in child support. (I didn't take alimony or his retirement, though I was entitled to both.  So let's see?  Car payment, insurance, phone, credit card... kids.  Yeah, not enough.) I immediately applied that to my foodstamps, it lowered them, but it was still more money than I'd ever imagined I could get to feed my kids with.  It was heaven!  It was needed.

When my first royalty check came in October, I sold my gas-guzzling suburban and purchased a small Chevy Sonic (commuter car), so I could do the school visits without wasting the gas money.  The day I turned over the only vehicle big enough to fit me and my kids I nearly died.  Died.  I was officially trapped with just a tiny 5-seater car.  And seven kids.

Then I worked my butt off.
Have I mentioned how amazing my parents are, yet?  No? Well they are.  Without them I would've never survived.  And my kids wouldn't have survived.  They are AMAZING and I love them so much!

From Oct-Dec. I spoke at several schools in Utah, Arizona, New Mexico, and earned just enough money from sales to cover my expenses. And when England wanted me, I did a book signing and sold the EXACT amount I needed to cover the bare minimum plane and fare. It was a sign. I could go. (I stayed with good friends instead of hotel).  Then I worked my butt off again while I was there.  Jet-lagged and missing my kids so bad it hurt, I did it.  (My ex was in the military, i lived in England for 5 years... already been there, done that.  This was business)

I knew the more pockets of fans I could make scattered around the world--the more people I spoke with and got excited about my books--the bigger I would become. It was marketing. It was building a name for myself from the ground up.  It was Hard, Hard, HARD work!

And then all that traveling I did?  It allowed me to bawl.  Hard.  Yep. I drove and drove and drove... and sobbed.  I healed.  I needed to.  It was the break I could get from the kids where I remembered I existed. I was someone too.  That was a weird feeling--finding me.  But so needed.

I woke up.  I had kept so busy to keep the depression at bay, that by January I needed a serious kick in the butt.  That came through another publisher.  The publisher of my fairy tales. He promised to push my books through publication as soon as I got them to him.  I decided to write.  A lot.  A lot. A LOT!!

From Jan-June I wrote 7 fairy tale books.  Yeah, you read that right.  Seven.  It hurt. It was hard. My brain wanted to explode a lot. People were telling me to stop, saying I couldn't keep up that pace.  But you know what?  I wanted my own house.  I wanted a vehicle big enough that I could travel somewhere with all my kids again.  I wanted OFF FOOD STAMPS!! Those first two months I wrote 4 books alone.  But by the summer it paid off.  All of it.  I became a bestseller on amazon, my fan base grew and grew and grew, and I was finally catching up in sales.

By July I was able to trade in my Chevy Sonic and purchase an 8 passenger minivan. (Not outright, but I could afford double the payments!)  By Aug/Sept I was completely off food stamps.  Yes! I did it.

Now, my next goal?  Afford a house big enough for me and the kids.  Ironically, I make enough now that if I only had a few kids we'd be fine.  However, having seven kids... does change things.  It means we have to wait a bit longer for our dream, but it's coming.  I know it is.

I haven't stopped writing. I've got at least three more books coming out this year alone!  And I haven't given up.  Instead, I feel like I've just begun. Like anything is truly possible.

And I know that if I didn't believe in myself and push myself, I'd still be where I was a year ago.
With nothing.

So, I say to all of those who don't believe you create your own destiny.  You do.  It hurts though, don't think that it doesn't--it so does.  But I promise you... Nothing--and I mean NOTHING--is more perfectly wonderful than when you see your wildest dreams coming true.

Now... as I begin to date again, and step into that new unknown world, I am beginning to believe that maybe, just maybe, I'll be able to find true love too.  But, first!  I'm taking care me.
Because I'm worth it.
And so are those adorable kids of mine.

PS thank you to all of my fans.  All those who have supported and believed in me.  To my parents who have helped in every possible way.  You gave me strength when I had none.  And I am eternally grateful for a God who has always watched out for me... even when I felt I didn't deserve it.  I am loved. I am blessed. God is good.  :)