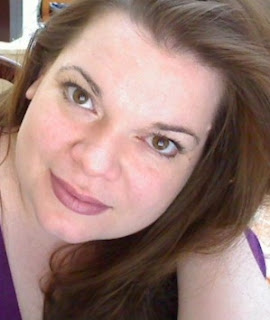 I've had a lot of people ask me to update what's going on in my crazy life... so here it is:

As of right now we're with my mom and dad in New Mexico, right up at the top of the state by the Four Corner's Area. Due to my hubby's recruiter training school we're gonna be here until October (until the first quarter of the kids school is over) at that time we'll be moving to Provo Utah... and hopefully Mark and I will have the new house all ready for the kids.

So for those of you who have just joined us, my family and I just relocated to the States from England last week.

Whew.
Now on to the books. Most of you know I've written 7 books in the past year. Only 2 are ready for submissions. The other 5 are in various states of rewrites and will not be submitted--or even thought of being submitted to publishers until my agent, Kirsten Manges, has her twins in August! (So exciting!) So after my final move in Oct, Kirsten and I will get back together and start submissions on the next one.

Pride & Popularity--book one and the book that got my agent, went out to the publishing world in Oct. By November we had three publishers very interested (On second reads!). Then the publishing world folded and all three came back with a thanks, but no thanks. We had one publisher willing to do rewrites with us and talk to me directly on what she envisioned. But after waiting 4 months for the editor to find the time for P&P she came back with a 'no thank you' as well.

Which however disappointing it may be for other authors, I took it as a massive relief and sign! First off, I was able to write three separate books that had nothing to do with my Jane Austen rewrites, one of which is with publishers now. And it gave me the opportunity to meet Candi and Kasie, two of the most AWESOME proof readers of all time. They both read Pride & Popularity and were able to point out exactly what was wrong with it and why the editors may have passed.

So after 4 months of waiting for the editor, I was FINALLY able to add the revisions to Pride & Popularity that needed to be there. The whole book is so much stronger now! And I'm super excited about sending it out, we just won't be able to until after Kirsten's twins are born, since she'll be part of the negotiations and she's already working on my top secret book, that I'll be able to reveal to you soon. That book--is my 7th--and just might be the first book sold! LOL! Ironic right?

So there it is. My update. My first book is still on hold--but so awesome now, I can't believe it! And I can't wait to share it with new editors--unless there is one that has just happened to stumble onto my blog and would like to read it before the end of the month--then contact Kirsten Manges--you won't be disappointed! LOL! Hey a girl can dream, right? And my 7th book will hopefully be sold soon! I'll let you know. Meanwhile, I'm revising...

Persuaded (Totally awesome Persuasion rewrite--well, if you like 4-wheeling it is!),
Emmalee (Super cute Emma rewrite!),
The Northanger Affect (So FUNNY! it's my modern Stephenie Meyer/Jane Austen spoof),
BFF Notebook (with co-author Kasie, about two girls who write in a notebook back & forth trying to solve the love mystery of just who their secret admirers are),
Prince Tennyson (the sweet book about the 10 yr old girl, who's dad died in Iraq the year before and now she wants to prove if God is real or not)

and writing Mansfield Ranch! (Yes, girls... it's speaking to me again!)
Eeeh! I love being an author!
Posted by Jenni James at 10:41 AM