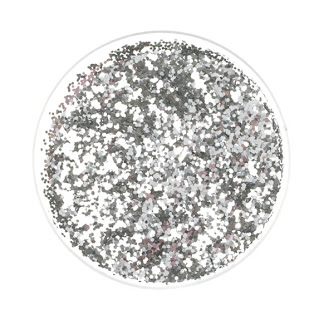 Every Sunday I let my little girls bedeck themselves in my pot of loose glitter. (The kind they sell in the makeup aisle.) They usually sprinkle a bit on their cheeks and a smidgeon on their hair so they feel like Fairy Princesses in their beautiful dresses from their Fairy Grandmother....

Well, a couple of Sundays ago (our last Sunday in England to be exact) we were running around our hotel room like mad to get everyone dressed. So when my daughter asked if she could put the glitter on Chloe (2 yr old) I thought nothing of it... until she whispered, "Uh-oh!"

When I glanced over the baby's head was literally drenched in a sea of glitter--and the pot was half gone! LOL! --This pot will last us a good year, usually. Anyway, we were super late so I just brushed off what I could and we ran out the door, glitter streaming behind me.

Fast forward to church were my hubby is now holding said glitter pot baby and then zoom forward a little more where we are in our Sunday School class together and Chloe is playing happily in the nursery with the other 2 yr olds. With all the children gone, I can finally snuggle up to my hubby and hold his hand during the class. Which I do until I notice his suit is winking back at me.

At first I just brush off the offending glitter and giggle quietly to myself. Until I notice the glitter doesn't stop. As I pull back my eyes slowly travel up the sparkly suit to the sparkly white shirt and tie to the even sparklier cheeks and jaw line of my totally manly hubby.

I begin to laugh as I frantically wipe at his cheeks. Glitter is everywhere. Even his eyes, forehead and hair! --And my wiping was only making it worse! LOL! So after a few more laughing attempts I finally shrug and say, "Well, you'll just have to be my sparkly fairy princess today."

Then my hubby, without missing a beat, gasps affronted and says, "Excuse me? I'm your sparkly vampire, remember?"

LOL! So there you have it. Stephenie Meyer has officially made it cool for men to be sparkly. Who knew, glitter would bring out the vampire in my hubby? I sure didn't... but uh, ahem--just where did I put that pot at...? 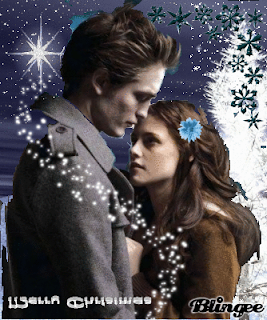