United Airlines Made My Christmas!

An Open Letter to United Airlines-- 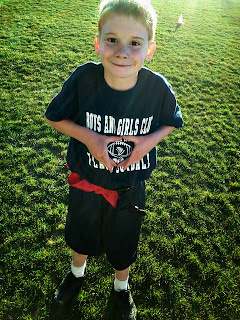 Dear United,
For THREE years my 10-yr-old has asked for the Lego Millennium Falcon for Christmas. THREE YEARS! And every year I've had to steer him away from such a lofty gift.

As a mom of seven, the idea of spending that much on one of the kids... was impossible!  And though my son realized he probably would never get it, he still asked Santa anyway.  And then would include a much smaller gift instead.

After the first year, I expected my son to have moved on, as children do, the following year and ask for something else.  But still his dream the next two years was this ridiculously expensive and "coolest lego set ever."

This year, he hasn't mentioned it once.  But every time we go to the store he asks to go look at the toys.  I know where he'll go.  Straight to the Millennium Falcon, where he'll hold it and stare at it for forever.  He knows all the facts.  He knows all gadgets and gizmos.  As a huge Star Wars fan he even understands all the intricate designs, what part of the ship is what, all those things that just fly over my head. (pun intended.) 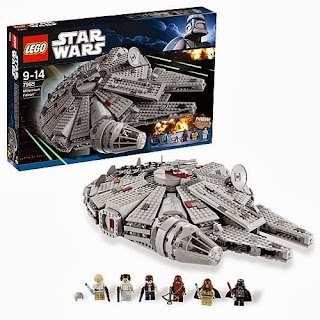 This year, despite the divorce and extremely tough financial situation we were in, my son has improved drastically.  He's tried so hard to do better at school, in his reading, his chores, helping with his little sisters and even being nice to his older brothers and sisters.  He knows he'll never get this toy, and is mature enough now not to break my heart to ask for it, but I know he has consistently wished for it. More than any toy any of my kids have ever wished for.

So imagine my surprise when I received a United Airlines award miles catalog.  A catalog where you could exchange your built up miles for gifts (free shipping). In that catalog can you guess what was there?  Yep. The millennium falcon.  I may have cried.  Okay. I admit it, there were definitely tears.  A lot. How could I not get it?  It was a sign.

Now, even though he won't ask ask for it.  I cannot wait to see his face Christmas morning when it's sitting there by his stocking, knowing that even though Mom could've never afforded it, Santa came through at last.
Thank you United Airlines! I LOVE You!  I don't know who chooses what goes into those catalogs every year, but of the three lego items that were being offered you couldn't have picked a more perfect one for this mom!  You've made my Christmas!  And I think my sweet son might just actually faint.  :)

(PS I was also able to get the tricycle the 3-yr-old had been asking for!) 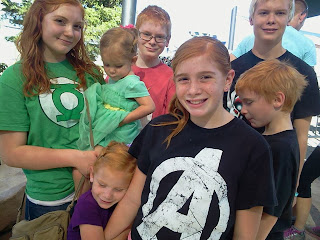