Princess and the Pea is HERE!!

THE PRINCESS AND THE PEA!! 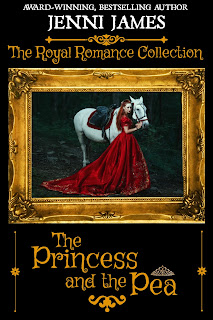 Check her out live! HERE!

And she's finally here.  I hope you love her as much as I do.

I thought I'd show you her fun twitter meme too!  Love this. :) 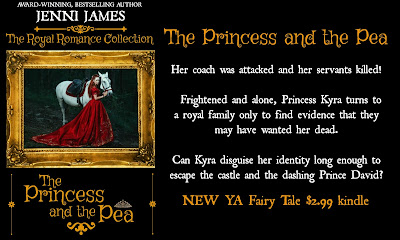 And here's the blurb:

WILL LOVE REVEAL THE TRUTH?

When Princess Kyra's coach is overturned by bandits, she is forced to flee for her very life during a raging storm. Thankfully, Kyra discovers a castle and is hopeful that the kingdom might give her the shelter she desperately seeks. However, as she approaches, a guard arrives with the matching horse from her carriage, Kyra is frightened all over again and cautiously presents herself as a commoner named Marie.


The queen is not convinced Marie is merely a commoner and commands her son, Prince David, to entertain and woo the girl until the truth comes out. There is intrigue afoot in the kingdom, and the queen is bound and determined to see if this mysterious girl had anything to do with it.


With Prince David gleaning the truth, what could go wrong? No one could have expected him to fall for the bedraggled princess, least of all Kyra!

FIRST REVIEW OF PRINCESS AND THE PEA (found on goodreads):

Fifi rated it (FIVE STARS) it was amazing

I am new to Jenni James' work (in fact, the first one I read was earlier today so this is only the second novella by her that I've read). I had her frog prince retelling novella on my kindle app for months and I finally read it today. I enjoyed it and I loved the fairytale world her story wove, so I immediately looked into reading another Jenni James book. And this one was even better!

Princess Kyra is traveling to a kingdom by the sea because she is hoping to secure an alliance with the prince there, and if they end up being compatible, a possible marriage. On the way there, her carriage is overtaken by bandits and her guards urge her to ride away to safety. She finds safety in the castle of the kingdom, where she meets the charming Prince David.

Kyra wonders if the royal family were involved with the bandits that overtook her carriage, so she lies and says that she is a commoner named Marie. It does not take long for the queen to figure out that Kyra is lying (she does not act or dress like a commoner) and is immediately suspicious of her. She asks David to spend time with her to see if he can figure out what she is hiding/who she is.

"I cannot believe this is the same palace I found last night! Why, it is positively enchanting!" Miss Marie was bent over awkwardly, gazing out of the carriage window in such a way, she could see upwards as well as directly in front. "I have never seen it's equal. Truly your family must be exceptionally proud to own such a place."

And if that isn't enough, the kingdom is described as a prosperous one where the people are happy and well provided for, due to the generosity of a kind king and Queen. The royal family is kind and generous to all, regardless of social status.

"It was an easy trot through the streets of the village, dodging happy people and fascinating sights of families laughing and speaking with one another. She could tell this kingdom was peaceful. Perhaps as peaceful and kind as their royal family appeared to be."

How much more perfect can this book setting get? This fairytale world is a dream come true!

Kyra and David fall in love fairly quickly, but in this case, it does not seem to be something that happens out of the blue. I wouldn't even call it instalove, because it somehow all makes sense. Without spoiling anything, when Kyra and David first spend time together, he is immediately drawn to her kind and enthusiastic spirit. She handled things so well with such a good attitude that I understand how the prince would have immediately been fascinated after just one day.

"Of course not. How could we feel put upon with such happiness around us?"

She looked over the land and then nodded.

"Your kingdom is a very happy one."

When her gaze met his again, he said simply, "I was referring to you."

My second favorite part, after the world building, was the dynamic between Kyra and David. He is wary at first but her enthusiasm and good spirited nature soon wins him over.

He would defend her and protect her until his last breath. No matter what the outcome, David vowed in the wee hours of the morning to love her forever.

A handsome and doting prince in a perfect fairytale kingdom? It doesn't get any better than this!

Parts I didn't like
Literally nothing. My only complaint was that this is only a novella and I want more from this fairytale world. I hope that Jenni writes more in this series that references these characters and kingdoms, and that the rest of the series takes place in the same world. Preferably with cameos from Kyra and David.

I am officially a fan of Jenni James and I now have to go read her other fairytale novellas. Highly recommended for anyone who wants to get lost in a fairytale kingdom for a while!

Read the first few chapters in the LOOK INSIDE feature on amazon!


And here is a sneak peek at the books being worked on now!

What am I working on now?


EDITING! Will be out SOON!
Standalone book of fun true stories of my life. 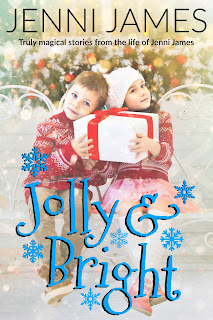 WRITING: I LOVE THIS BOOK!
Beauty and the Beast meets Taming of the Shrew
My third Modern Fairy Tale 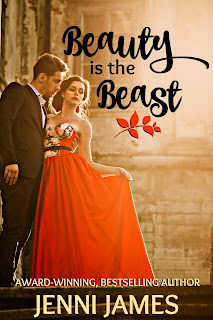 WRITING: Lord Atten is definitely one of my favorite heroes. *Swoon*
My third Regency Romance 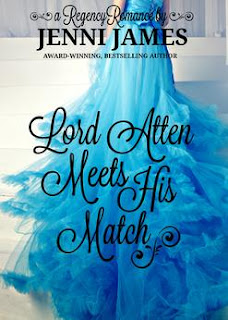